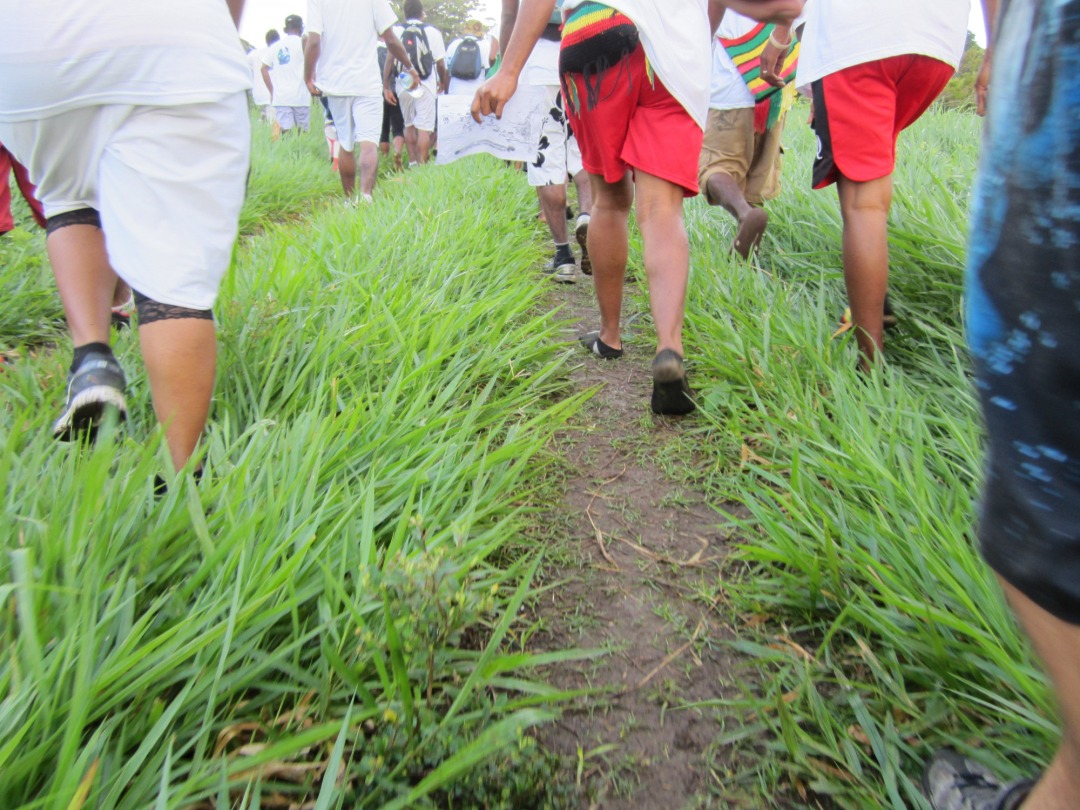 It was 4.30am when a polyphonic ringtone pierced the silence.

Sleepy and apprehensive, I weighed up the possibilities.  I could: a) get up to do the Piste Bleue, a 28 kilometre walk that Toby, Bec and I had signed up for or b) go back to sleep and enjoy a leisurely wake-up at a respectable hour.

The answer would have been simple, but with an excited husband and friend who was also enduring a rude awakening, the Piste Bleue seemed to be my only option.

This is 4.30am in Vila.  Jolted awake by my trusty digicel mobile complete with polyphonic ringtone..who needs an iphone, hey?

Close to a thousand people gathered before dawn as organisers registered and branded runners and walkers alike.  The elderly, teenagers and Japanese people wearing jeans converged at the starting point, eagerly awaiting the siren. 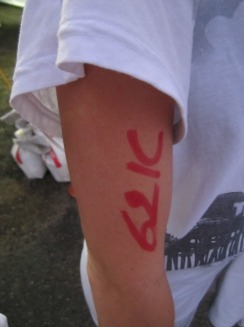 Branded and ready to go. I started to wonder why they were at pains to identify us all so carefully….I soon worked it out.

The French MC welcomed us in an almost seamless mix of French, English and Bislama.

“There will be six sexpoints on La Piste Bleue,” he declared. The crowd responded with uncontrollable fits of laughter.

Realising his mistake he clarified.

We were off.  Barefoot runners streaked past us as we began our walk, bleary eyed and well-prepared with first aid materials, water and walking shoes.  Swept up in the crowd of ni-Van people with little more than thongs and giant smiles we became painfully aware of how precious westerners can be.

The first signs of sunlight soaked the trees and paddocks in a pale yellow.  Suddenly the early start became a small price to pay.  lluminated paddocks, glistening paw paw trees and a silvery sky that hinted at a beautiful day.

Yup, they’re SOCKS, and over to the right they are THONGS.  We soon learned we were the ones who were crazy…turns out toes give the best grip on muddy tracks. 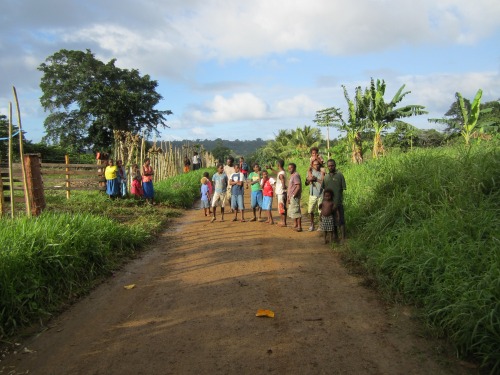 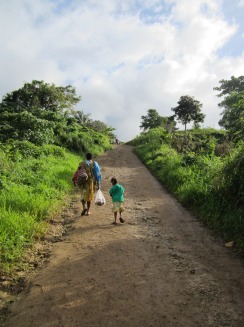 A woman and her pikinini made it up that hill at break neck speed. Kitted out with all the mod cons we were a little less hasty.

At the edges of the track locals gathered to laugh at the people who were walking 28 kilometres for fun.  We found it funny too until the silvery sky we’d admired so much gave way to a torrential downpour. Within minutes we were soaked and the clay paths became a slippery, sloppy mess.  As it turned out that was the least of our worries. Barbed wire, river crossings and a pseudo-abseiling episode were just part of the journey.

As I grappled with the rope and slowly edged my way down a slippery ravine, I heard the cheeky laughter of my husband.  A moment later he shot through the bushes sliding on his bum, narrowly missing the shocked safety officer.  Needless to say he got to the bottom first. 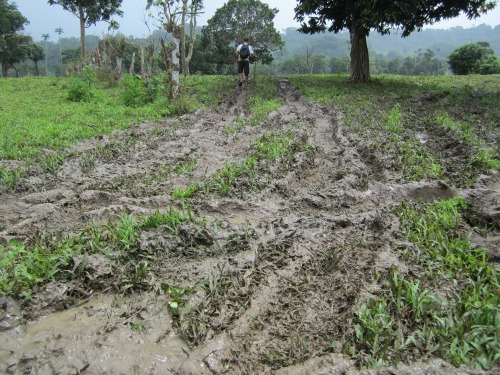 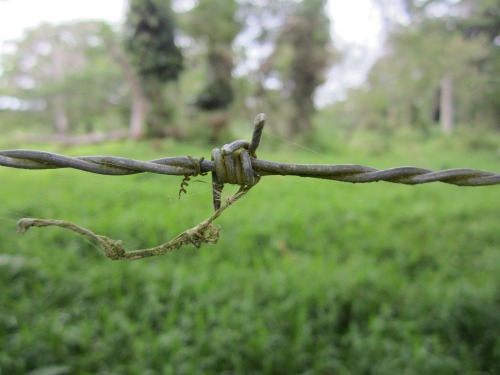 You know you’re in trouble when the ambulance gets bogged…3 times.  Particularly when you are the patient in the back being rescued.

I laughed until my stomach hurt.  This was no City to Surf.  We jumped, climbed, waded, dodged and scrambled our way along the muddy track.  It was all a bit barmy but so much fun.

By the seventh hour conversation had died and aches had set in.  Visions of food were our only fuel.  A steakburger with bacon.  Hand cut chips. A wine. It was a sign that maybe gatorade, muesli bars and lollies were not the breakfast of champions.

Hungry, muddy and sore we turned the final corner and arrived – close to 8 hours after leaving – at our final sexpoint, I mean, checkpoint.